Eddy Merckx won almost a third of all the races he entered. That’s a total of 525 times. 32 international one-day classics and 11 major tours. From 1966 to 1977, he cycled 260,975 miles in competition alone. Which is more than ten times the circumference of the globe.

At age 27, he was the strongest and fastest cyclist on the planet. His dominance was overwhelming. It caused grief for his competition and resentment among fans who cheered for their favorites knowing second place was likely as strong a finish they could muster.

Eddy raced from 1961 until his last gasp at victory in 1977. His final year was more disappointment than triumph and retirement was announced soon after.
This was the end of a phenomenal era. 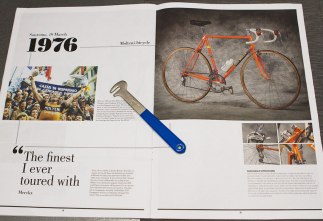 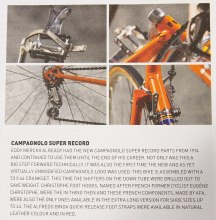 Eddy raced on a number of different bicycles. This tribute showcases not only Eddy’s life in, mainly, celebratory images but also his two most iconic road machines.

The first, his Superia, was his entry into professional cycling in 1964. Weighing in at a svelte 25 pounds and equipped with eyebrow raising state of the art components such as Campagnolo bar-end shifters which were typically popular with field riders. Also standard were Campagnolo derailleurs, a 5 sprocket freewheel, a 53/45 chainring combo topped off with a black Brooks racing saddle. This was Eddy’s setup until 1967.

In 1971 Eddy began riding with Team Molteni. Ugo De Rosa (yes, that De Rosa) was Eddy’s mechanic and the frame builder of his iconic orange, with blue panel, bicycle. A sticker of Eddy’s face adorns the seat tube and also serves as the head badge. This machine was also dressed with the latest equipment—Campagnolo Super Record throughout, which Eddy continued to use until the end of his career.
Take note of the shift levers above, drilled out to save precious ounces. 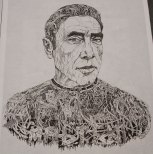 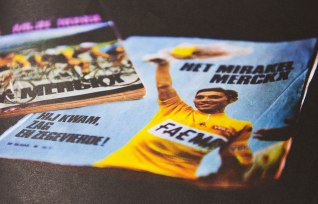 This tribute was created primarily to celebrate Eddy’s 70th birthday. With so much that he has accomplished, the element of his 70th nearly takes a backseat to his lifetime of cycling related achievements. This man does more than win races, however. Eddy has a thoughtful side. A mysterious side and a vulnerable side. This all contained in these pages and exemplified in various interviews throughout. Also included are wonderful images from decades past all the way to present day. Shots that show a post-victory Eddy with an easy smile and his well-placed, jet black hair. There is even a “pin-up” style shot, complete with bright clothing of the times and a scantily clad and unknowing couple photobombing in the background. All so very 1960’s European.

Eddy Merckx is regarded as the greatest cyclist ever. His accomplishments are incredible feats of achievement earning him the title of the most decorated of all cyclists. But, he wasn’t handed these honors on a platter. Merckx gave it his all, day in and day out, to the point where he routinely required oxygen at the end of stages. He did this reportedly, despite a heart condition. Non-obstructive hypertrophic cardiomyopathy. These days, that would probably prevented him from even entering the racing circuit. It’s impossible to tell when, or if, a rider of this caliber and swagger will replicate Eddy’s pedigree anytime soon. But love him or hate him, this is a man that deserves to be respected, celebrated and adorned while we still have him around to pay homage to.