Freshly restored and showcased in 2012, this 1985 Pinarello was acceptable but it wasn’t perfect. Four years later, upgrades made, it is ready for the second unveiling. 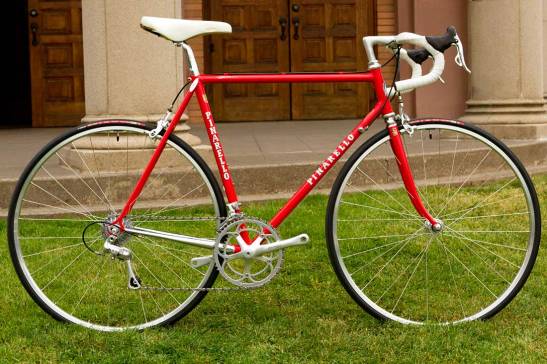 This story really isn’t about this Pinarello’s history or restoration. That has already been happily told, 5 years ago. That post is located here. You may want to bring it up for the sake of comparison as this lovely Italian has been altered significantly since then. The list of updates isn’t especially long but to know vintage builds is to know the agony and ecstasy of the hunt. Researching what you want, patiently waiting for the find, purchasing, possibly working on the item to make it just right, then eventually getting the part on the bike and adjusted properly. This all takes time. Especially finding the perfect item. This is a story of patience and a project on the back burner. Not unimportant, mind you. Just slowly plodding along. 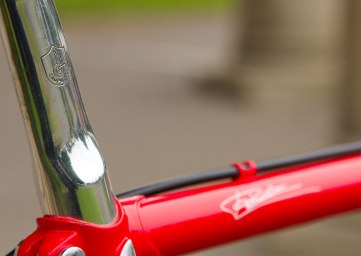 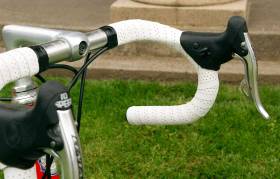 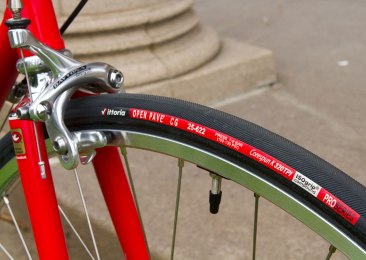 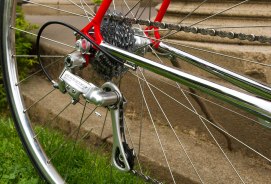 Is there more to do? Of course. The entire Campagnolo drivetrain and brake set could be updated to an elevated rung on the hierarchy, say, to Chorus or Record. I could remove the Chris King headset and bring consistency to the frame by again moving to a Chorus or Record option. But, these aren’t necessarily on my short list. The current edits made were fulfilled because of glaring oddities and cringeworthy mismatches. These items stuck out. They detracted and cheapened the frame. Overhauls of drivetrains? Brake set replacements? I’ll save that for another day. Or perhaps, another decade. 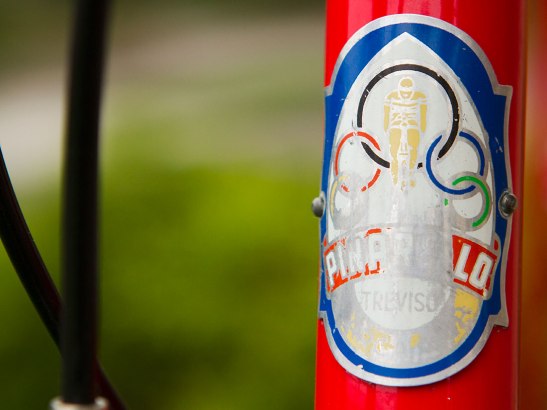